The Center for Endotheliomics’ ambition is that research in Eastern Denmark lead to breakthroughs in the treatment of critically ill patients in need of intensive care patient who enter hospitals with either trauma, cardiac arrest or severe sepsis. For this patient group, survival is counted in hours, and up to half of the patients die within 72 hours – often as a result of organ failure.

Organ failure – or multi-organ failure – is when the organs stop functioning, which happens to the most critically ill patients in intensive care. However, whether the patient develops organ failure is largely determined by the endothelium, which is the cell layer that lines the inside of all blood vessels. How the individual patient’s endothelium reacts to shock, trauma, sepsis or cardiac arrest determines how severe organ failure the patient will develop – and thus the patient’s risk of death.

The CAG brings together clinical experts in trauma, sepsis and cardiac arrest with experts in systems biology, biotechnology and bioinformatics. Together we will generate new knowledge about critical illness and multi-organ failure.

We have developed a method based on mathematical computer models that reconstructs the metabolism of the endothelial cell and thus its function (phenotype).

The aim of the CAG is to exploit the new knowledge about the importance of endothelial cells for multi-organ failure and with mathematical modeling and systems biology understand the difference between the endothelial response in acute critical illness in surviving patients and in those who die. When we succeed, we can intervene and adjust the endothelium in time before the patient develops organ failure. 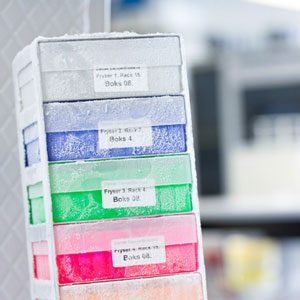 Center for Endotheliomics introduces a novel research field focusing on the microvascular endothelium at the systemic level and that the individual patient’s cellular response (ENDOTYPES) to critical illness is pre-determined and differ between patients also with the same disease explaining the observed differences in outcome.

Center for Endotheliomics aim to improve our understanding of how the patients ENDOTYPE affects development of multiorgan dysfunction syndrome (MODS) when challenged with acute critical illness and to translate this novel knowledge in to improved diagnostic and therapeutic capabilities.

Center for Endotheliomics introduces genome scale metabolic models as the scaffold for multi-omics data integration and computational modeling as tools to decipher the pathophysiology responsible for MODS development and progression clinically. Additionally, supervised machine learning algorithms will be applied to data from electronic patient records, Danish registries and clinical databases of these critically ill patients to characterize the clinical disease trajectories resulting from the individual patients ENDOTYPE, thereby, laying the foundation for novel patient stratifications and therapeutic interventions. 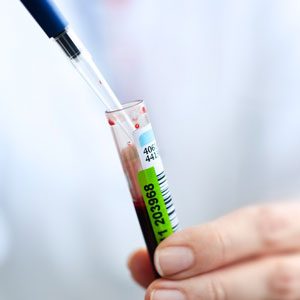 The ENDO-OMICS is a multicenter, prospective observational exploratory study in 1.000 patients admitted to the intensive care unit (ICU) 4131 at Rigshospitalet, Bispebjerg Hospital, Hvidovre Hospital, Køge Hospital and at the ICU at Nordsjællands Hospital.

Blood samples will be analyzed by genomic, transcriptomic, proteomic and metabolomic techniques with the overall aim to develop computational modeling of the endothelial cell to deepen the biological understanding/ paving the way for more precise diagnostics and new treatments. 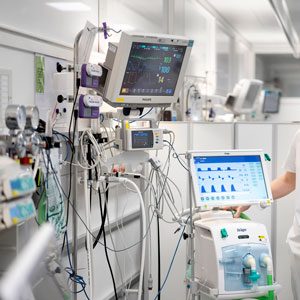 COMBAT-SHINE is a randomized, double-blind, clinical trial investigating the effect of continuous infusion of prostacyclin (1 ng/kg/min) vs. placebo (saline) for 72 hours in 384 patients with septic shock and SHINE (Shock induced Endotheliopathy), defined by a plasma concentration of soluble thrombomodulin (sTM) > 10 ng/ml.

The primary endpoint is mean daily SOFA score within 90 days of ICU admission. 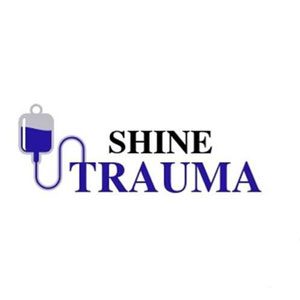 SHINE-TRAUMA is a randomized, double-blind, clinical trial investigating the effect of continuous infusion of prostacyclin (1 ng/kg/min) vs. placebo (saline) for 72 hours on number of ICU free days in 220 trauma patients with haemorrhagic shock.

COMBAT-COVID is a randomized, double-blind, clinical trial investigating the effect of continuous infusion of prostacyclin (1 ng/kg/min) vs. placebo (saline) in 80 patients with COVID-19 in mechanical ventilation. The primary endpoint is number of ventilator free days within 28 days of ICU admission.

The study is coordinated by the CAG Trial Unit in collaboration with the intensive care units at Rigshospitalet 4131, North Zealand Hospital, Bispebjerg Hospital, Hvidovre Hospital and Herlev Hospital together with Center for Health Economics and Policy (CHEP) at Copenhagen University. 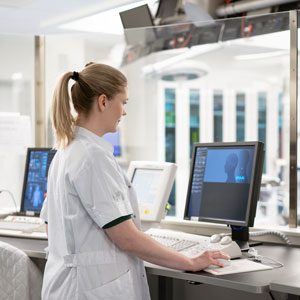 The purpose is to measure the concentrations of neurotransmitters (metabolites) in plasma from patients with acute critical illness and in healthy controls, and to use the results to provide a better understanding of the significance of these neurotransmitters for endothelial cell damage.

CAG Center for Endotheliomics has collaborators nationally and around the world.

If your inquiry concerns your symptoms, medical history and treatment, please contact your private doctor.